Step aside Marvel and DC, there are new heroes in town!!

Most of us have grown up watching the likes of Superman, Batman and X-Men et al saving the world time and time again. Lately there has been a push from Hollywood to promote lesser known comic characters and actors of colour e.g. Samuel L. Jackson playing Nick Fury (originally a white character in the comic). We now have Laurence Fishburne playing Perry White in Superman (another originally white character). And then Idris Elba playing Heimdall in Thor (also, originally white in comic) Also note the introduction of The Falcon and a handful of others in various franchises in the Marvel/Dc comicverse.

To be honest, I’ve enjoyed all the big Marvel and DC films and have paid either for a cinema ticket or for a dvd rental to watch them. 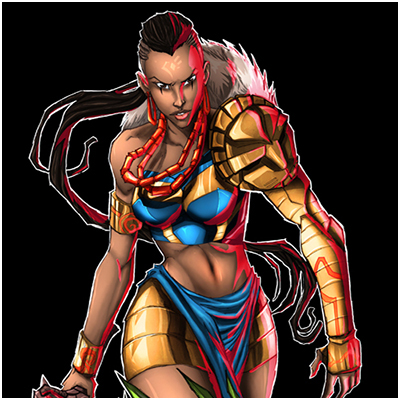 However, as a person of colour, it always seems that these ethnic characters are shoe horned in to the narrative and lack a certain depth in terms of background and character development, although the Black Panther movie due next year could be a game changer where that’s concerned.

But isn’t time we stopped sitting on our hands and asking for other people to represent us and then crying foul when we feel they have undelivered? Isn’t it time we started putting pen/ink to paper and spin our narrative the way we want our culture to be represented?

A Nigeria based, virtual comic book company called Comic Republic has gained international recognition for it’s raft of iconic African centred super heroes. Founded by Jide Martin, the company started off with 100 downloads of it’s first issue. It went up to 300 during the second month and as of today monthly downloads are in excess of 38,000 per month!

Comic Republic’s heroes have an exciting mix of traditional mysticism, spiritual roots and technological prowess. For example Sage is ‘a master of the arcane arts’. Guardian Prime, the principle character of the CR universere (above), derives his power from Faith itself and is only ever as powerful as he believes himself to be. Nutech is a tech savvy young man born with the power of ‘teletechnopathy’ and magnetism.

Related: How I became a professional illustrator 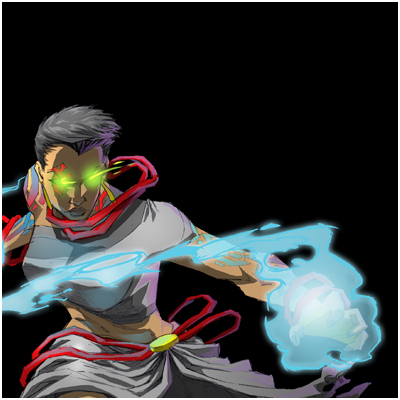 But there is a good balance of male/female characters with the likes of Ireti, Jade Waziri, Avonome, Aje and others who share the spotlight and are as badass in their own right.

The company continues to grow in popularity and have been featured on CNN. They have also been asked to illustrate publications for NGO’s and commissioned to create a portrait of the CEO of Nigeria's biggest e-commerce platform. In addition Comic Republic have also been approached by a film maker regarding the possibility of making a movie of Aje!!

The majority of Comic Republic’s reader base come from the US, United Kingdom and Nigeria with a minority in other places like The Philippines and Brazil. There are signs that there is a growing demand for Afro- themed characters in the market, due to the success of mainstream Hollywood movies and Pan-African people visiting the cinema more and more.

For more 'K-Pow' from Comic Republic: